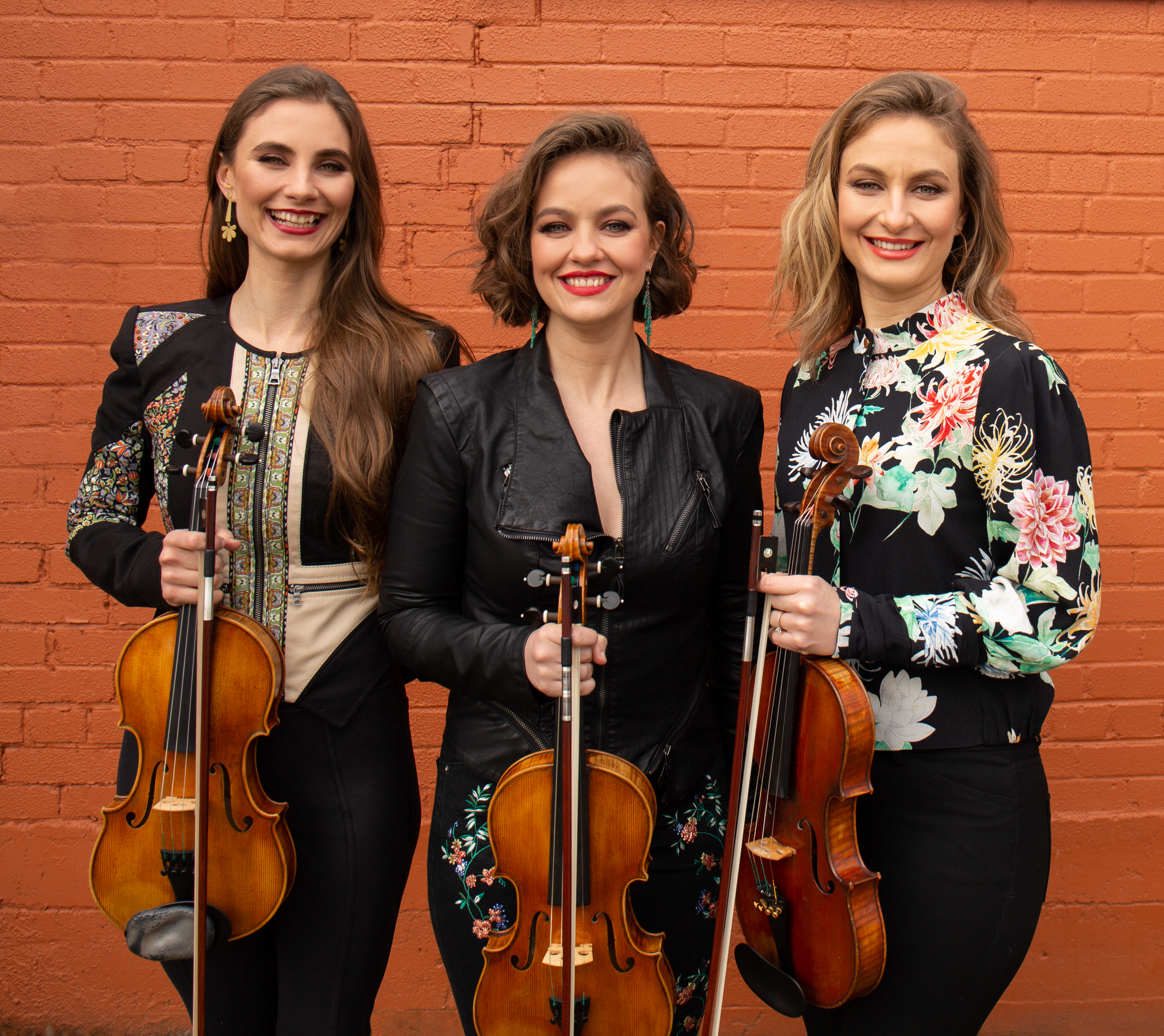 Since we were quite familiar with the Quebe Sister’s genre of music—Texas Swing, Heather Hawkins asked that we sit in on the interview.

As the Quebe Sisters were sitting on their couch in Dallas, Texas I noticed an old Bob Wills playbill (we own three) on the wall behind them, I was immediately set at ease about the interview.

We did not know the Quebe Sisters personally but did know a lot of Texas Swing fiddlers, including Johnny Gimble, who appeared on stage with us at the Opera House three times, and was inducted into the Country Music Hall of Fame in 2018. In fact, it was at one of Johnny Gimble’s summer music camps that we first heard about these three little girls, called the Quebe Sisters, who were phenomenal fiddlers as children.

Grace, Sophia, and Hulda have long since grown up, and with their rhythm section of upright string bass and archtop guitar, have toured the music halls and festivals of North America, Europe, and Russia. Their music, although influenced by the vintage swing pioneers like Bob Wills, is their own—expressed through their young minds, hearts, voices, and fingers. They call it “progressive Texas Swing.”

The Quebe Sisters will visit the Newberry Opera House on Sunday, May 22 at 3:00 for a free concert in Memorial Park. Come join Bunny and me and enjoy the music of these Texas Championship Fiddlers.