About the Newberry Opera House 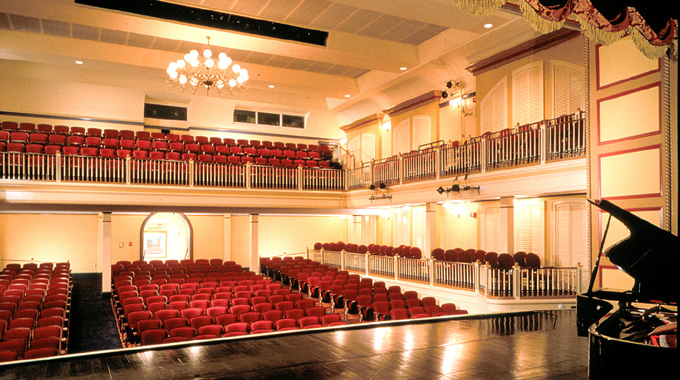 Listed on the National Register of Historic Places, the Newberry Opera House is one of the premier performing arts centers in the region.

The mission of the Newberry Opera House is to enhance the economic and cultural development of Newberry County and the Midlands through the window of the arts in concert with educational opportunities for all. The Newberry Opera Has a vision, we hope to be one of the Premier Cultural and Performing Arts destinations for our Region. The Opera House will accomplish this mission and vision through programming that:

The Newberry Opera House has been the heart of Newberry County since its dedication in 1882. Designed by G. L. Norman and built at a cost of $30,000, the building is an example of Victorian civic eclectic architecture. The French Gothic clock tower dominates the city’s skyline.

It was designed as a place of entertainment for the local citizenry and as a seat of government for the city and constructed with brick from three local brickyards. The granite came from a quarry approximately two miles outside of the city limits. The talents of local craftsmen in woodworking and masonry were used throughout the construction.